Sometimes, achieving victory is not something you can expect to happen overnight. Such is the case with complex issues that require dismantling established social orders such as racial injustice. In Brazil, many locals still view racism as a myth, with the social narrative shrugging racism off and framing it as a non-issue. So for many organisers and members of the Black community, the road to impact involves shifting that narrative and making sure the conversation that reinforces it doesn’t end.

Social listening: Find key drivers of urgency around the issue

Through social listening, we looked at various mentions of #VidasNegrasImportam (#BlackLivesMatter) and related keywords across a range of social media platforms, including YouTube, Facebook, Twitter, and online news platforms. A recurring theme shows several artists and musicians from the Black community are driving conversations online and are helping spread greater awareness through their music.

Among the most widely-talked about music personalities was sixteen-year-old Brazillian rapper, MC Soffia, who gained popularity over the years through her use of music as a form of protest. Her sharply-pointed lyrics not only call for an end to racism but also send a message of Black pride and female empowerment.

And as indigenous communities in Brazil also face various threats to their culture, Kaê Guajajara, a local musician of Guajajara ethnicity from north-eastern Brazil, sparked conversations online upon the release of her EP, Wiramiri. Tracks in her album send a message of resilience, self-love, and resistance amidst the coronavirus pandemic. A widely-shared article by The Guardian featured Kaê and her song, Essa Rua É Minha; the article reads,

“Merging hip-hop, traditional instruments and elements from her mother tongue Ze’egete, Kaê makes music about the reality of urbanised Indigenous peoples and the erasing of Indigenous identities.”

Finally, online conversations also referenced international singers and influencers such as Beyonce and K-POP bands like BTS. Both of which have distributed music that communicates deep sentiment against racial oppression.

Strategic partnerships: Collaborate with these key drivers to sustain the conversation

In late August, our team at Change.org Brazil launched the #VidasNegras campaign with influential activists and artists from the Black community, including Brazilian rapper, Preta-Rara. The campaign aimed to heighten the Black Lives Matter movement’s visibility through various petitions in support of racial justice, educate more people about historical racism, and motivate the public to demand accountability for the many cases of racial abuse around the country.

The spikes in the graph below show moments when many conversations happened online, which featured and referenced musicians who sought to address racism in Brazil, weeks and months after launching the #VidasNegras manifesto video.

Just as Preta-Rara drove conversations online, other artists behind the succeeding spikes used their music to challenge racism and keep the conversation going.

Storytelling: Weave in moments of focus into the larger narrative

The call-to-action for all three videos and their supplementary promotional materials on social media led back to the #VidasNegras main campaign page, tying the specific moments of injustice into the campaign’s broader narrative.

In addition, Change.org Brazil contributed to turning moments of focus into narratives for people in power to make ground for systemic interventions: the Supreme Federal Court (STF) in Brazil banned police from operating in Rio favelas, Joao Pedro’s death as a key narrative–this is alongside a petition asking for justice for Joao Pedro, which got over 3M signatures and counting.

And then there’s the incident of Matheus, a delivery man who faced racial abuse, which flagged systemic issues with food delivery apps in Brazil. A petition in defense of Matheus has since gathered over 176,000 signatures.

Although the fight against racism in Brazil will likely take many more years before achieving systemic “victory,” campaigners and organisers can significantly contribute to the gradual shift in the narrative and help keep it alive.

And while we learned that people have effectively used music to put their views forth on racism, there are many more creative ways in which this could be happening. Campaigners can base future projects on finding such key drivers of urgency around issues across different demographics. These findings could then complement existing initiatives to help drive impact faster.

Interested in learning more about how we use social listening for impact? Get in touch at learn@changefoundation.org

More from
the blog .

We are looking for an experienced Digital Marketing Consultant on social media strategy to work with us for 6 months at the Change.org Foundation from March 2021.

How do you measure the impact of a social change petition platform?

COVID-19 has ushered in a new era of digital activism.

Several parts of India are seeing sharp increases in coronavirus cases. As of writing, there have been more than 286,000 confirmed cases, according to the country’s Ministry of Health and Welfare and analysts fear that the peak is yet to come. While the government enforced strict precautionary measures such as a nationwide lockdown, citizens have turned to […]

Know the key principles that we found made this experiment in Germany successful when public gatherings were restricted. 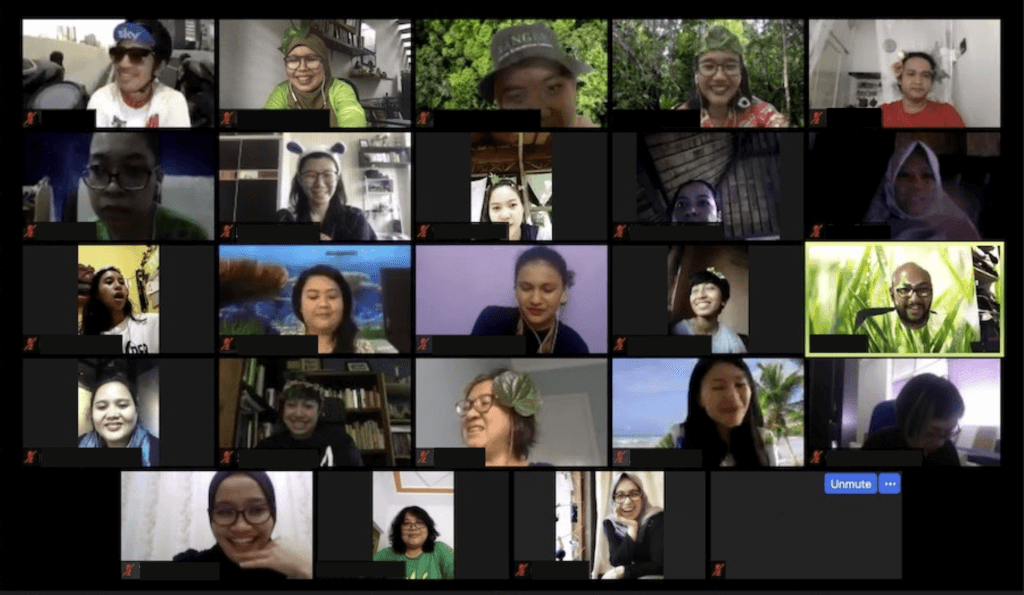 How campaigners in Indonesia empowered a community during the pandemic